PLEASE PREPARE TO SEE THE GREATEST JUDO COMPETITORS IN THE WORLD. NOW.

It was my pleasure to be Press at the World Judo Championships. Spectacular pictures are soon to be uploaded here.  If you cannot wait, you are welcome to view them now at our Facebook site.  Join as a friend and I will keep you updated on all the latest action around the World.

ALSO See Rule Changes decided at the Rotterdam World Championships - At Bottom of this Page.

You will see Colour Frame Orange is the First Day, Wednesday 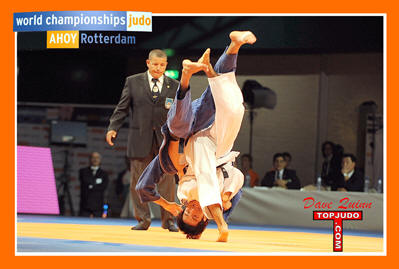 You will see Colour Frame Green is the Second Day, Thursday 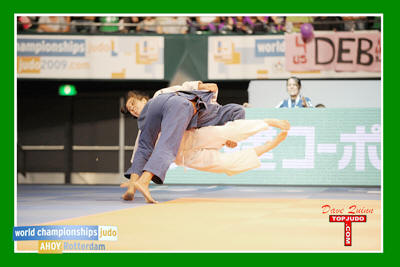 You will see Colour Frame Blue is the Third Day, Friday 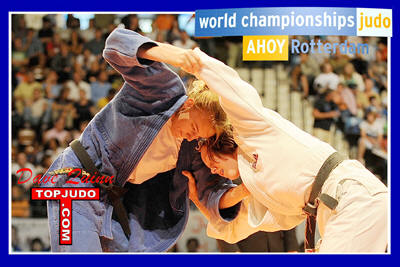 You will see Colour Frame Brown is the Fourth Day, Saturday 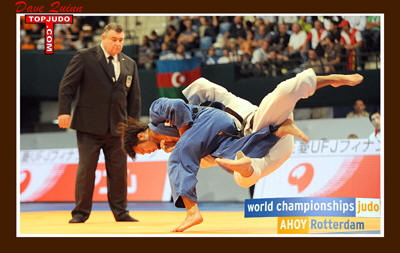 You will see Colour Frame Black is the Final Day - Sunday 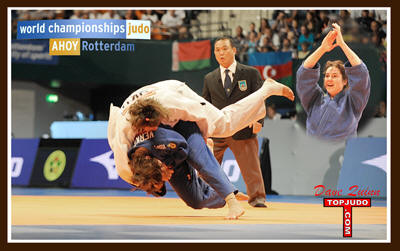 If your link does not work, look for 'Top Judo' in Facebook Groups.

'May Your Ippons Be Sweet And Neat'

The IJF’s wish is to defend fundamental judo values.

Within this scope IJF particularly devotes itself to preserve and develop education, physic and mental trumps of Judo.

« Judo is a physic and mental education system ».

From the other side, IJF would not like to change Refereeing rules during Olympic qualification period. For this reason it will proceed in this sphere with necessary experimentations and their testing before the first January 2010.

The experimentations will be tested during World Junior Championships 22/25 October 2009 in Paris.

Grips below the belt are authorized only after a sequence of techniques if it’s real and sincere.

Grips below the belt are authorized in counterattack.

These counterattacks are allowed only within a sequence (continuity) of techniques started by the opponent. The principles of Go No Sen and Sen No Sen.

For better understanding of the new rules, while giving a punishment referees will explain it by an appropriate gesture.

The contests will be refereed by only one referee without 2 referees at the corners.

The "Care" system with 2 cameras filming the contest at 2 different angles will be set up to help the one unique referee.

Regarding Golden Score part of contest of maximum 2 minutes, the entire marking of refereeing table resulting 4 minutes of initial contest, will be conserved during this period except the contest duration.

At the end of Golden Score and if no advantage was marked, the referee will take a decision for the period of initial contest and its Golden Score part.